A cookie is information stored on your computer by a website you visit. Cookies often store your settings for a website, such as your preferred language or location. This allows the site to present you with information customized to fit your needs. As per the GDPR law, companies need to get your explicit approval to collect your data. Some of these cookies are ‘strictly necessary’ to provide the basic functions of the website and can not be turned off, while others if present, have the option of being turned off. Learn more about our Privacy and Cookie policies. These can be managed also from our cookie policy page.

IE10 and below are not supported.

Background: SKB was selected by the city council in 2020 as the preferred master developer partner for redevelopment of the city-controlled property at CityCenter (in blue), which is owned or controlled by the city and/or the Englewood Environmental Foundation (EEF). 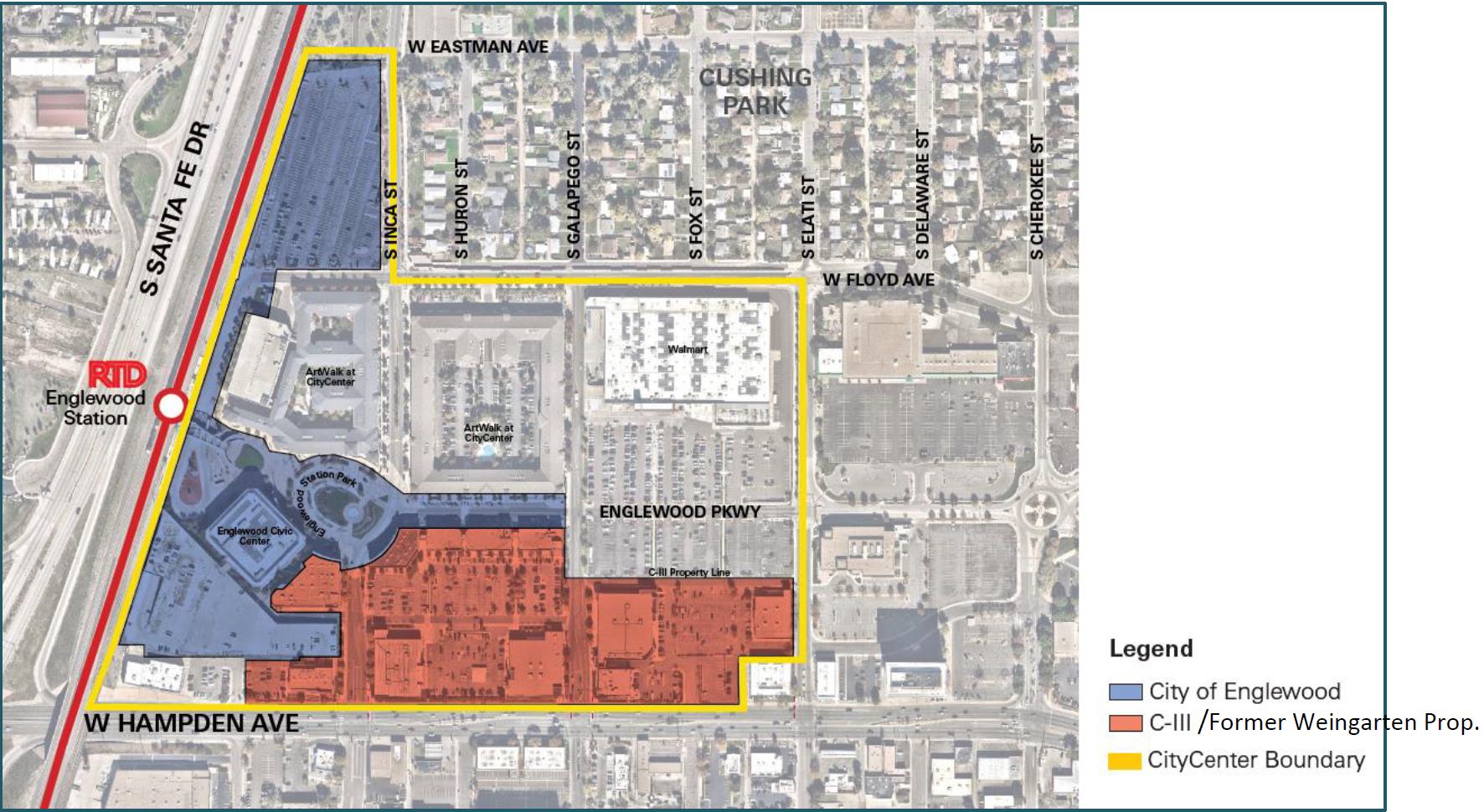 Staff also continues to coordinate with LNR Partners about their plans to sell the former Weingarten property (in red). LNR represents the bondholders that foreclosed on this property in 2018. Following city council direction, city and LNR representatives have been negotiating a detailed “Framework Agreement” which defines the steps for terminating the underlying ground lease (54 years left). Outright ownership of the buildings and underlying land would then be conveyed to third parties selected as a result of LNR’s marketing campaign to sell the property. SKB would also agree to purchase four key sub-parcels from LNR. The Framework Agreement is in the final stages of negotiation and a final agreement should be ready for city council consideration in October.

The ground lease termination would encourage the redevelopment of a larger portion of CityCenter with an updated, coordinated mix of uses and densities.

In accordance with the pending Framework Agreement, and also to support the overall envisioned redevelopment, the city is coordinating a rezoning of the CityCenter area from PUD to MU-B-1 (the mixed-use zoning for the downtown area).